Since our registry beginnings of The IDGR
in 1980, we have always placed a high
priority on Conservation of breeds ...

The more DNA we pull and have in our
database, the more likely we are to be
able to match parents and offspring

So what is the real definition of a bloodline?  Its technically a closed or nearly closed herd for at least 4-7 (should be about 7) years of breeding, where the goats produce true to the characteristics that they are being bred for.  Bloodlines are NOT farm names. A farm can become a bloodline, but they ARE NOT synonymous. In fact there could even be several bloodlines within a given farm.

There are Foundation Bloodlines, and more newly acquired Bloodlines.

Benefits to using bloodlines in your breeding program

There can be great benefits, if you are trying to breed for specific characteristics.  Take my own here of Nigerian Dwarf. My herd originated from OLD bloodlines with extended lactation, easy kidders, flat toplines.  We have a closed herd and have been breeding since 2009.  Our herd breeds completely true to the characteristics we have set. We would be considered a Newer Bloodline. If you purchase our herd, many of these characteristics would follow through with animals you purchase from us. So this could be a great benefit to look for herds that breed for bloodlines, rather than haphazard.

When creating a Bloodline, one has to be super careful to not severely inbreed. Too  high inbreeding can create loss of production, loss of vitality and inbreeding depression. We see this in many of our dairy goat populations of today as a whole. There is very little gene pool in the “Purebred Population” because of Purebred Closed herdbooks in most registries.  This has caused severe genetic problems.

There are certain herds who were true bloodlines. However, individual goats in those farm names do NOT necessarily fit with any bloodline at all of the accepted San Clemente Island bloodline list.  The reason is that the definition created of San Clemente Island bloodlines was created too loosely, and not necessarily because that farm raised direct imported goats.  So technically many of the accepted bloodlines are not at all Foundation lines. They purchased foundation goats, but they themselves were NOT foundation bloodlines.  Thus attaching a bloodline to many of these goats is not really possible, in actuality and leave way to much to chance, to be called an exact truth.

In fact the true definition of the bloodline for the conservation breed should have been the Founding (or imported) lineages if they raised the goats for a minimum of four years.  So we are missing many true Foundation bloodlines in the definition that was created.  Some of those foundation bloodlines are Rivetti (accepted bloodline), Pine Cone Valley, O’Ben, Daisy Hill’s, to name a few. And these are not considered Bloodlines, except Rivitti.

So we at IGSCR are creating a special Bloodline Certificate outlining what we believe are the bloodlines. The certificate will contain our registry belief of what the bloodlines are in a specific animal, plus brief descriptions of the ‘accepted bloodlines.

We believe that a modern farm can create a bloodline, as well.  It is super beneficial.  You might often hear such things in the Nigerian Dwarf world… “My goat is from Jobi, Desertwinds, Esperanza, Piddlin Acres”. Those are examples of true more modern bloodlines. They are not foundation bloodlines, but they are bloodlines non-the less.

If you would like to create and register a bloodline, we have developed a program for this. It can be quite beneficial in our breeding programs, as stated above.  This is a pilot project to see if people are interested.

Again, take great care not to inbreed so much that you don’t lose vitality in your livestock. 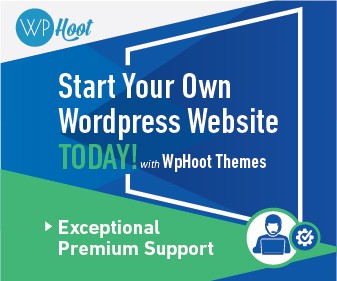